Which Digital Advertising Platforms Are the Best Fit for Your Business?

Digital advertising options have expanded significantly over the past few years. Now, when you want to advertise your business, you need to consider the different digital advertising platforms that are available based on your target audience.

Some benefits are better than others due to your goals, your niche, and more. We have a breakdown of some of the top platforms and how they can be beneficial to your marketing goals.

Digital ads and Google go hand in hand because it’s the first platform that people think of. There are a number of ad options that are available to you, and Google ads show up before the organic results, ensuring that people have eyes on your ads when you’re using the right keywords. It’s the largest search engine in the world, so regardless of whether you’re opting for a local or a global campaign, it can be an important platform to add to your marketing plan. However, you will want to make sure that you’re targeting the right keywords or you could end up paying more for your campaign than you expected.

Facebook has billions of users, with more of them being over the age of 30. There are plenty of paid ad options, too, allowing you to boost posts, pay for ads and video ads, and more. You can also decide where you want them placed and customize your audience to ensure that it’s only in front of those who are most likely to interact with your brand. While you might be competing for paid ad space because of organic visibility, it can be a worthy investment if your budget allows.

Although Instagram is owned by Facebook, it is uniquely its own with a demographic that consists of 75 percent of those between the ages of 18 and 24 using the platform. There is also 47 percent of the 30 to 49 demographic using it. One of the perks of using this platform is that it’s highly visual. You can use photos and videos to do most of the talking so that you can avoid finding the right words to connect to the target audience. Particularly if you’re appealing to a highly mobile-literate audience, this is where you’ll want to be.

Snapchat is gaining a lot of popularity with the demographic of 18 to 24-year-olds. Approximately 78 percent of Americans within this age group are using the social media platform, providing you with an opportunity to market to this demographic with ease. Paid advertising has been in place for a while now. There are three advertising options, including geofilters, sponsored lenses, and Snap Ad videos. This allows you to decide whether you want to add a video you’ve created to play in front of people or be a bit more coy with your advertising by creating a unique geofilter. Much of it will depend on how playful your brand is so that you don’t jump outside of your branding too significantly.

Twitter is the platform that allows people to communicate in smaller numbers of characters – and there are around 500 million tweets sent daily. Twitter ads can place your business in front of a large number of people – and about two-thirds of users say that they’ve found a business to work with while inside of the platform.

Promoted tweets are the most popular as it allows you to amplify a tweet that you’ve already sent. You can also choose ‘Promoted accounts,’ which places your entire account on display, a great option if you want to boost your following significantly.

Bing may not be the first search engine that you think of, but it’s the default for many Microsoft users. Bing is actually responsible for approximately 33 percent of the searches performed in the United States. With so many people choosing to promote only on Google products, it means that 68 million people aren’t seeing certain ads. As such, it could be a missing part of your advertising puzzle.

YouTube is a platform that focuses entirely of videos. 73 percent of US adults use YouTube, with slightly more men on the platform than women. Most people have no choice but to watch ads because they appear automatically. This can be advantageous to you when you’re marketing because it gets your message in front of plenty of people. As long as you have a catchy video that allows people to connect to your message, it can be a great way to boost traffic to your site or gain more of a following.

AdMob, which was recently acquired by Google, is one of the most popular mobile ad platforms. There are going to be a number of people who rely solely on their mobile devices to interact with businesses. This platform allows you to choose from four different types of ads to appear inside of a mobile app, most commonly games. This includes banner ads, video ads, native ads, and full-page interstitial ads. Whichever you choose, the ads will appear within various apps that would be used by your target audience. More and more businesses are choosing to monetize their apps by allowing ads, so it can be a win-win for your business and the company behind the app that you’re advertising inside.

Platforms Change, Your Needs Change, Too

The beauty of all of the digital advertising platforms is that they provide you with analytics. You can see how much traffic you’re getting out of a particular campaign to ensure you’re getting the desired return on investment (ROI). If your ROI isn’t where you want it to be, you can end the campaign.

Depending on what the ROI was and the kind of traffic volume you were seeing, you may want to adjust your campaign or ditch it entirely in favor of a different platform.

Being willing to approach different platforms can allow you to be more successful in the end.

When you want help with digital advertising platforms, talk to one of our content marketing specialists to learn how prediktiv’s blog management service can help your business succeed. 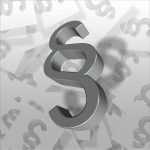 When potential clients call in to find a lawyer, these leads need to be handled with the utmost care. Many lawyers look to save money 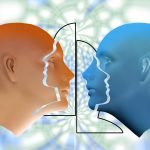 Is Content Marketing Indispensable for the B2B Sales Experience After the COVID-19 Crisis?

The Covid-19 crisis has created a lot of angst about the future of content marketing in the B2B sales experience.

Send Us A Message